Expect to pay $10 for a pint of beer in Oslo, where alcohol tax accounts for nearly 25% of that total. Oslo is known as the most expensive city in the world for travelers, but that shouldn’t stop you from exploring the beer scene. Everything is more expensive in Norway, beer is no exception. That said, if you’re going to drink Oslo, you may as well drink the best. Here are my top 5.

Café Laundromat is a local coffee shop, bar, restaurant and clothes washing facility, and it happens to offer one of the best beer selections in Oslo. This is a brilliant business model that should be spread throughout the world. The draft menu is small but the bottle count pushes 100, with a number of Norwegian breweries featured promimently (HaandBryggeriet, Nøgne Ø, Ægir, Lervig, Austmann).

Tucked in the back is a spiral staircase leading to a small nook overlooking the first floor, with room for three. Books, art, privacy, all while you wash your underwear.

Kjelleren as in keller, as in an underground brick cellar brewery. Schouskjelleren’s new brewer cut his teeth at Baladin in Italy before coming to Oslo to take over. The lineup of house beer is typically Western (American-style IPA, Single-Hop Mosaic Pale Ale, Blonde Ale). They also offer a constantly rotating import selection, bottle and tap (Siren, Evil Twin, Thornbridge, Närke, Against the Grain and more). 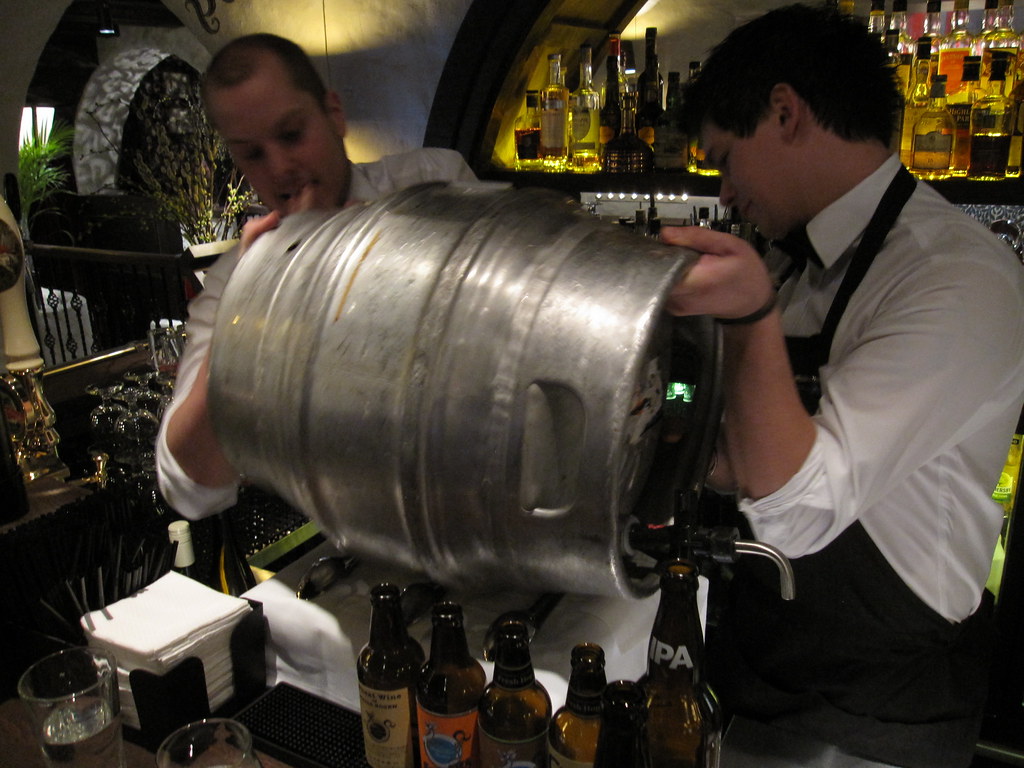 Offering perhaps the widest selection of HaandBryggeriet bottles in Oslo (including the stellar India Session Ale Britannia – 3.5%), Håndverkerstuene also serves traditional Norwegian cooking from the kitchen. Eating a meal here feels like visiting someone’s house for dinner, only with a well-stocked beer cooler in the hallway. 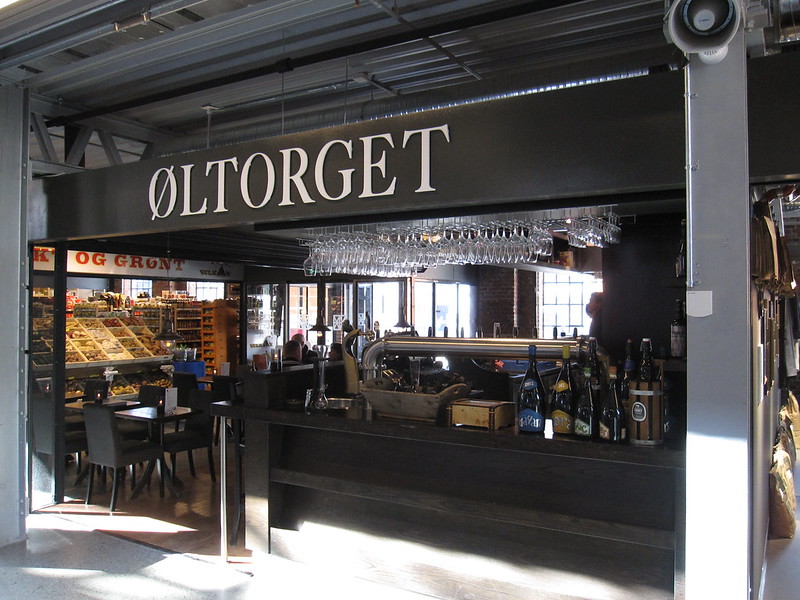 Mathallen Oslo is an upscale food hall and fish market located on the southern extent of Grünerløkka, and contains one of the better beer bars in Oslo, called Øltorget. The selection is extensive, and includes a number of Norwegian beers that are difficult to find elsewhere. From barrel aged specialty one-offs to the latest session-strength hoppy low alcohol ales coming out of Scandinavia. The proprietor is a seasoned beer industry professional and has amassed a selection that may be the most varied in Norway.

In the heart of Grünerløkka, among a hundred other bars, sits this corner outpost of Norwegian beer. Small confines, minimalistic decor and eclectic music set the mood. Though they don’t offer as many different beers Grünerløkka Brygghus down the street, what Glød does stock is a level above Grünerløkka in terms of quality.

The Broker – if only to stare at the ceiling:

2 thoughts on “5 Places to Drink Beer in Oslo”